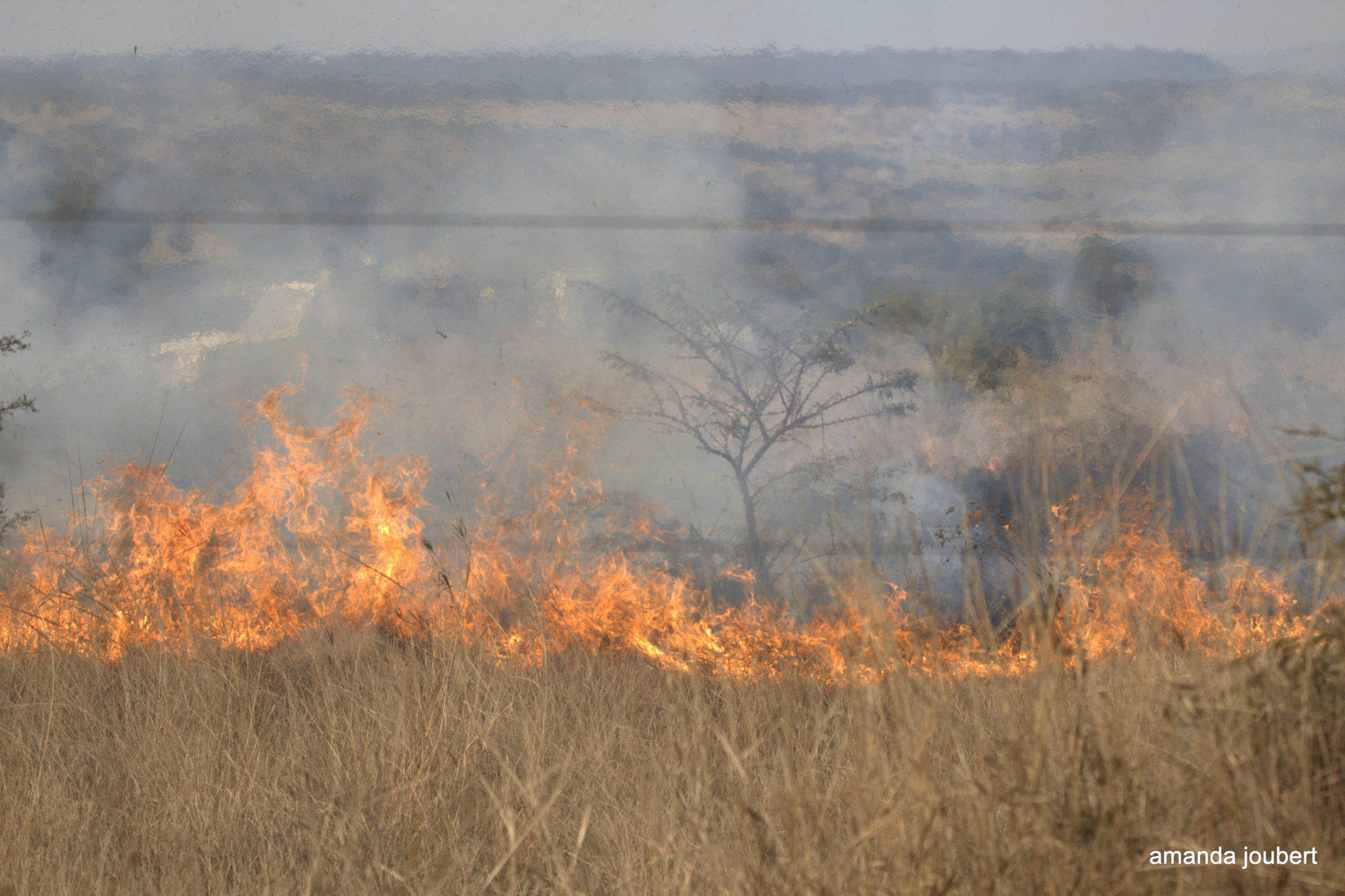 Posted at 12:46h in Blog by Nambiti Game Reserve

It’s that time of year when fires are sweeping through the KZN inland. If you’re not familiar with the sight of flames on the side of the road and smoke billowing over the horizon, we don’t blame you for fearing the flames!

But don’t be alarmed unnecessarily! The burning of controlled firebreaks serves as an important ecological service in an ecosystem such as Nambiti’s.

What is a firebreak?

In essence, a firebreak is a controlled burn that removes all vegetation cover on the firebreak itself.

With the winter months come dry conditions, dry vegetation and thus a heightened risk of runaway fires entering the Nambiti Reserve from outside of our boundaries. If these fires are driven by strong winds, they can move very quickly, causing widespread damage to our vegetation and wildlife.

For this reason, we burn preventative firebreaks every year as a defence against runaway fires. Our management and teams conduct controlled burning on the reserve perimeter fence and around the lodge sites. With the vegetation already burned, there’s less energy to feed runaway fires, which will hopefully be unable to spread over the firebreaks.

When can firebreaks be burned?

The main factor which determines whether a firebreak can be done on a particular day is the weather. Trying to burn a firebreak on a windy day can result in a runaway fire, which can have disastrous results and cause great property damage and loss of precious wildlife.

With the aid of reserve staff and management, firefighting equipment, vehicles and lots of water, controlled burns are constantly monitored while burning. After the flames have died out, the whole area is checked for smouldering trees and thickets, which are doused with plenty of water to prevent any flare-ups.

What about the animals?

Fire is a natural element, and animals have instinctively learned to deal with the dangers of fires. Some take cover in thickets, others run away. Birds use fires as an opportunity to ambush the many insects that flee away from the fire.

Fire is as natural as rain, and firebreaks keep the ecological cycle within the reserve turning, rejuvenating the vegetation and protecting the reserve from runaway fires.