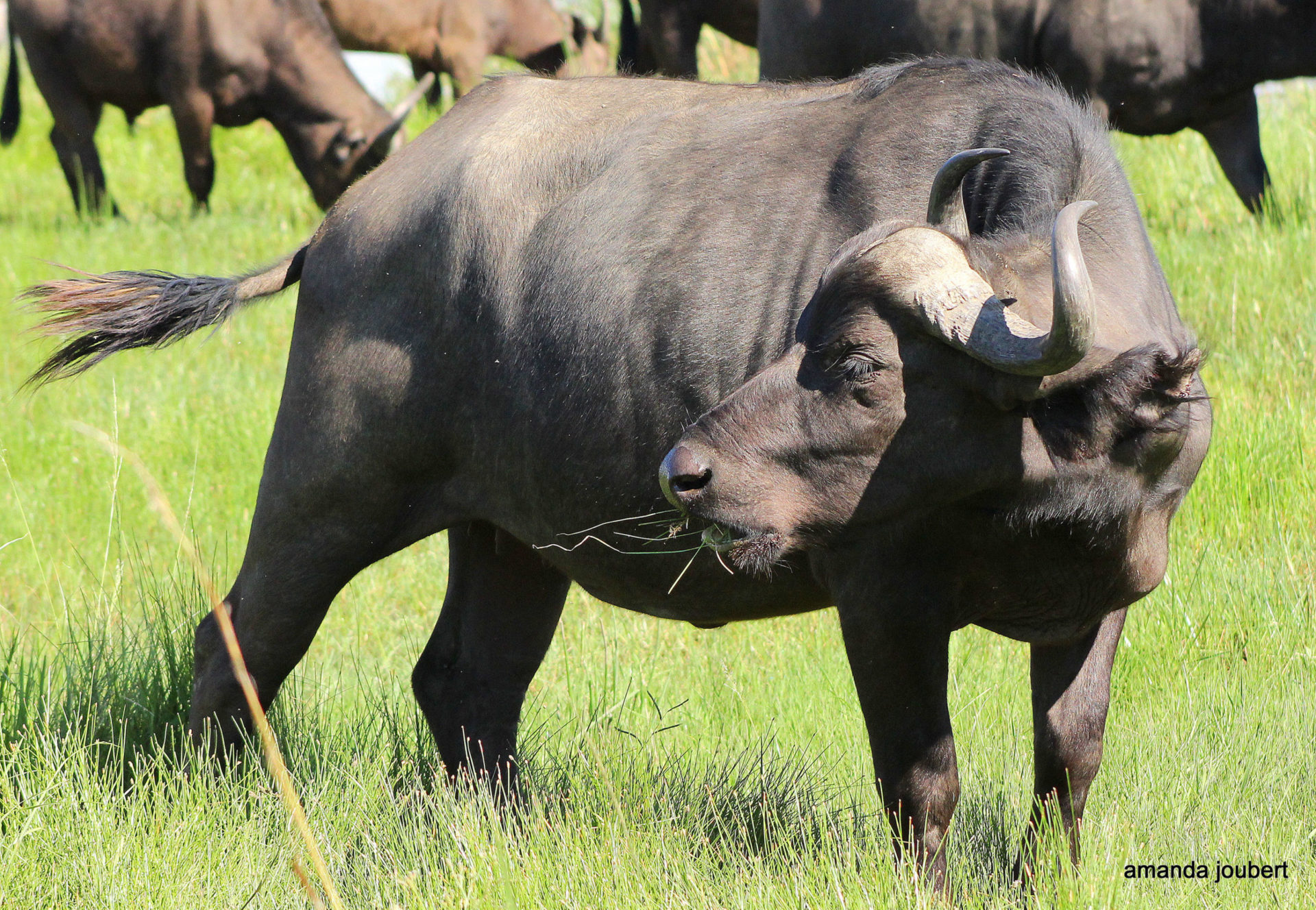 Nambiti is home to herds of freely-roaming African buffalo, known as the Cape buffalo. The Cape buffalo is one of Africa’s Big Five animals. Contrary to popular belief and despite their appearance, these large bovines are not regarded as ancestors of domestic cattle.

Due to their size (males weigh between 625 kg – 800 kg), buffalo have very few predators. They have been known to defend themselves against lion attacks, and can even kill lions. Instead of running away from predators, buffalo will often group together and try to stand their ground to protect their young and each other.

When provoked or threatened, buffalo can be extremely aggressive, which is why they are known as one of the most dangerous animals in Africa. In fact, buffaloes are known to have killed more hunters in Africa than any other African wild animal.

Although both male and female buffalo have horns, you can tell the difference by the horns’ appearance – male buffalo horns meet in the middle of the forehead, forming a large ‘boss’ that makes it look like the male is wearing a helmet. The female, on the other hand, has horns which slope gently on either side.

Five Facts About the Cape Buffalo

The buffalo at Nambiti are loving summer’s juicy green grass at the moment. These big bovines are dependant on water and have been enjoying a dip in the cool, refreshing dams during the heat of the day. We also have a number of buffalo babies (known as calves), which can be seen dutifully following after their mothers. These calves will be suckling for about 15 months before dispersing into the main herd.

It’s fascinating to spend time observing these bulky beasts as they go about their days. Come join us on a Nambiti game drive to get up and close to Africa’s magnificent Cape buffalo.