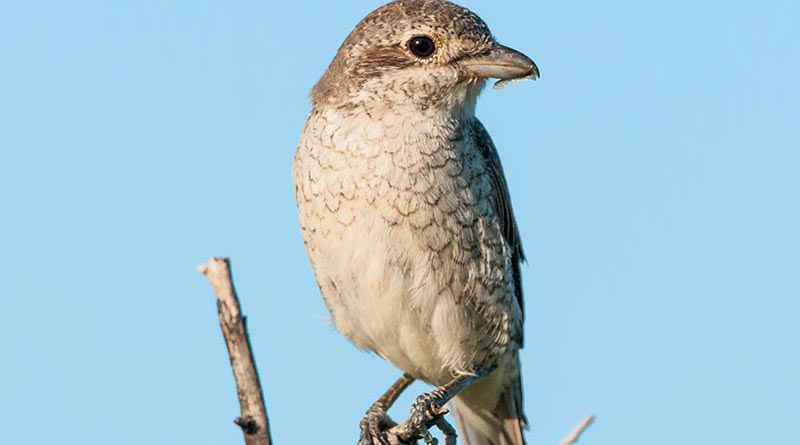 31 May Birding in Nambiti

As I travelled northwards from the Western Cape through the Great Karoo, the clouds darkened, finally releasing rain onto the parched landscape. Within minutes, sheets of water lay in pools across the hard ground. Huge flocks of Lesser Kestrels, White Storks and Barn Swallows rode the currents of the storm’s aftermath and even a pair of Verreaux’s Eagles, the masters of the skies, battled to fly straight and steady. How privileged I felt to witness this breaking of the dryness, knowing that soon the fields of green would be interspersed with flashes of flowers, a magnet to insects and birds.

The storm took the lead as I headed for the northern Midlands of KwaZulu-Natal, venting itself on the open grasslands of the Free State, where Amur Falcons (10 on checklist) replaced the Lesser Kestrels, and African Sacred Ibis and Cattle Egrets took the place of the White Storks of the Karoo. Near the weathered Drakensberg ramparts of Golden Gate National Park, fat cattle grazing in the green gave little indication of the drought that gripped South Africa.

Towards dusk, I finally had the towns of Harrismith and Ladysmith behind me, and turned onto the road to the Big-Five Nambiti Private Game Reserve, accompanied by lightening, thunder and heavy rain. What a welcome to this 10 000 hectare reserve, where I was to spend the next few days working with Nambiti rangers on the Ranger Photographic Project in partnership with the Game Rangers Association of Africa. This meant accompanied the rangers into the field and photographing them, to help garner support for their work at the frontline of conservation.

At the first raucous calls of the Natal Spurfowls (6) next morning I was up and watching the pre-dawn light. Clear skies replaced the clouds, and an orchestra of birds and frogs sang enthusiastically. A scrub hare loped after its partner and a mixed herd of blue wildebeest, eland, blesbok, impala and Burchell’s zebra grazed just beyond the fence, their various youngsters gallivanting about in glee. 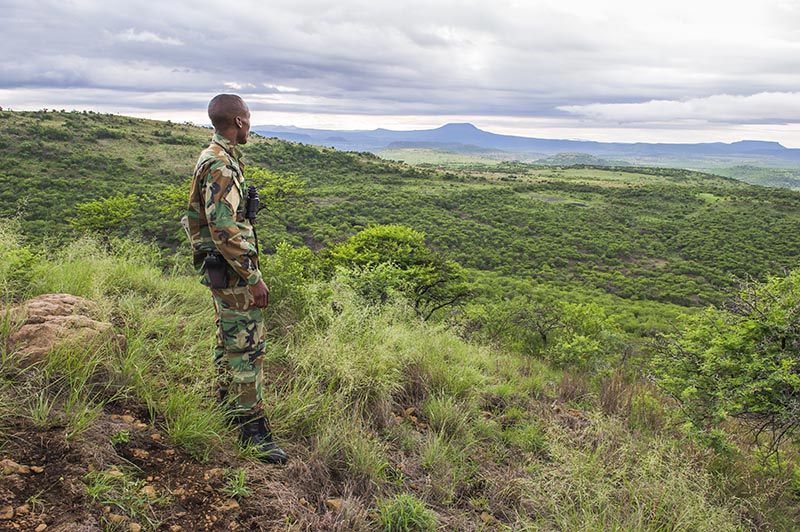 I joined field ranger Mqaka on his morning motorbike patrol and, as we rode out on slippery muddy tracks, flying ants and termites rose into the air. They were eagerly snapped up by Hadedas (5), Arrow-marked Babblers, Cape Glossy Starlings, Southern Masked Weavers, Fiscal Flycatchers, Crested Barbets, Common Fiscals and even Lanner Falcons and Steppe Buzzards.

Many that managed to escape ended up trapped and hanging in among the dewdrops of spiderwebs. Red-backed Shrikes, European Rollers, Banded Martins (4), Ant-eating Chats, Croaking Cisticolas (9)and Long-tailed Widowbirds surveyed us from their perches as we crossed the open grassland. African Wattled Lapwings (3) and Cape Longclaws (2) searched for insects in the wet grass, and scores of Rufous-naped Larks (1) displayed over a large area, calling loudly and dancing with flicking wings from their prominent perches. 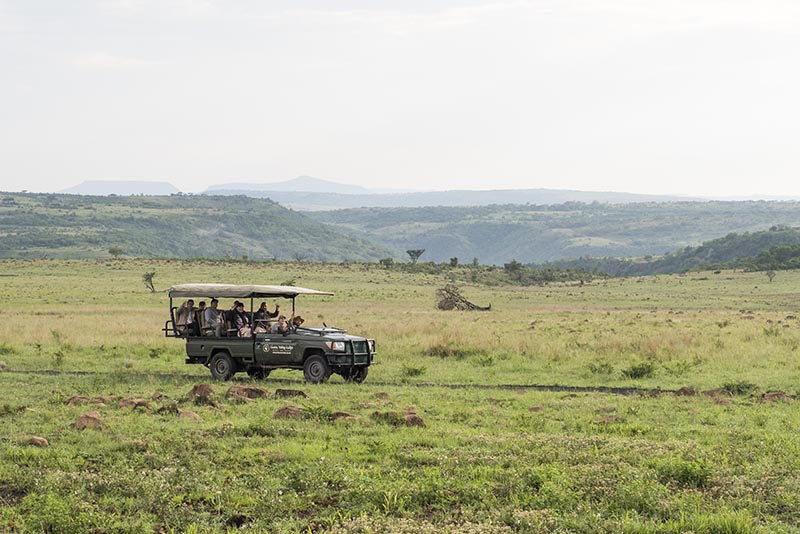 Mqaka and I crossed fast-flowing, silt-laden rivers that only the day before had been dry furrows criss-crossed with the spoor of animals searching for water. The dams were full and now held small flocks of Yellow-billed Ducks (8), Red-billed Teals, Red-knobbed Coots (7) and Egyptian Geese. Grey Herons, Three-banded Plovers and Blacksmith Lapwings stood along the water’s edge and Southern Red Bishops and Fan-tailed Widowbirds fluttered in the reed beds.

On one bend of a small river, a colony of Village Weavers had built their oval-shaped nests in a thorny acacia. Ravenous chicks could be heard calling from inside them as the adults flew back- and forwards to feed them. Red-chested Cuckoos gave their repetitive calls and Dideric Cuckoos eyed the weaver nests, hoping for a chance to leave their own eggs in there for the weavers to deal with.

Circling vultures dropped to the ground or perched in nearby dead trees, and drew our attention to a pride of lions that had killed an adult female giraffe. They were fully gorged, with distended bellies, and barely lifted their heads as we stopped to view the vultures. Two massive Lappet-faced Vultures took most of our attention as they flushed their necks bright pink in anticipation of the meal that lay ahead. Among the many White-backed Vultures were a few Cape Vultures that must have flown in from their breeding cliffs in the Drakensberg.

In the wooded patches of bushveld, Mqaka and I climbed to a viewpoint, where we just let the birds come to us. Rewards came soon. A small birding party of African Paradise Flycatchers, Familiar Chats, Black-backed Puffbacks, Fork-tailed Drongos and Three-streaked Tchagras flitted past. Above us hovered an adult Black-breasted Snake Eagle, holding position before stooping and disappearing from sight. 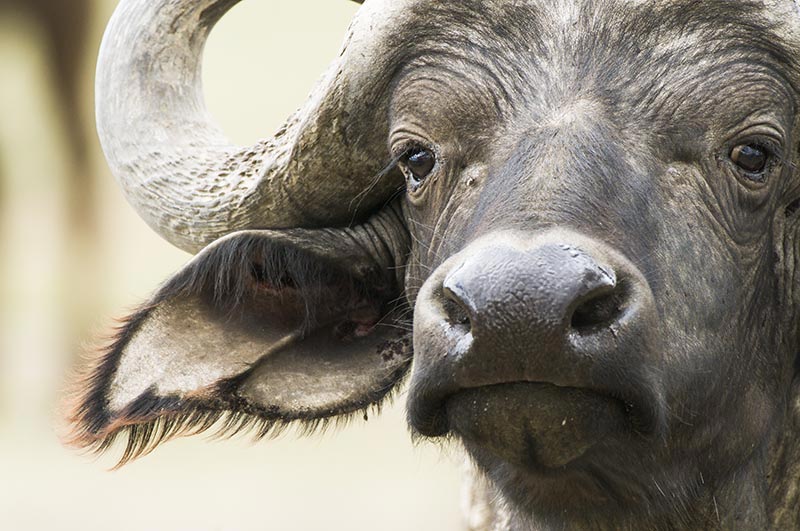 In the distance, a herd of Cape buffaloes rested in the open, probably chewing the cud from an early-morning grazing session. Behind them, a breeding herd of elephants fed peacefully in a grove of trees. As a citrus swallowtail butterfly, fresh from its cocoon, briefly landed in front of us on a green patch of grass, Mqaka and I agreed that this small viewpoint where we sat certainly showed Africa at its best – in peaceful harmony and with little interference from man. Watching the veld and animals respond so quickly to the rain certainly had been a wonderfully refreshing patrol.

As we headed back to our outpost, Mqaka diverted from his path to briefly show me the Anglo-Boer War gravesites of the soldiers that had been killed in the Battle of Elandslaagte in October 1899. It brought a somewhat sombre mood, but clearly showed that several days were needed here to explore the natural and human history. And I was so pleased that I had this available. 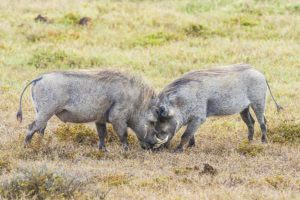 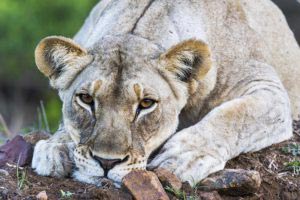 The reserve is on the northern edge of the KZN Midlands, which generally has a mild climate, with rain in summer, often heavy thunderstorms. Winters can be extremely cold with frost. It’s in a malaria-free zone and is the only reserve in the area that can boast of having the Big Five plus 40 other game species. 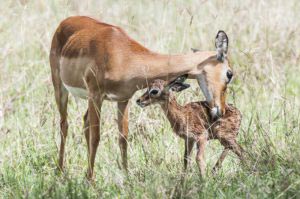 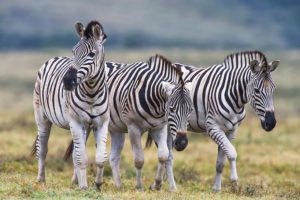 Nambiti offers a good variety of habitats, from rolling grasslands and wetlands through to acacia and mixed woodlands that occur on sloping hillsides.

Birding Checklist: 10 specials to try and spot in Nambiti

The Nambiti Private Game Reserve is situated 25km east of Ladysmith and 3½ hours from Johannesburg, 2½ hours from Durban and 40 minutes from the Drakensberg. Drive through Ladysmith on the N11 about 20km towards Newcastle. Ignore the signs that say Nambiti as these will lead you to south gate. At the sign for Elandslaagte, turn right on to Glencoe-Dundee R602. Travel for 2.3km. Turn right onto Elandslaagte P555 (dirt road). Cross railway line and follow Elandslaagte signs for 200m. Turn left following Elandslaagte sign. Drive 3.8km to Nambiti north gate.

There are nine luxurious game lodges, including six 5-star and one elevated tented camp, with facilities ranging from self-catering to the pampered. Less than an hour from the reserve is hiking, quad-biking, white-water rafting, 4×4 trails, mountain biking, horse riding, canopy tours, rock climbing, kayaking and fly fishing. The region has numerous Anglo-Boer War memorial sites.

Add more of our birding checklists to your own as you travel the countryside.