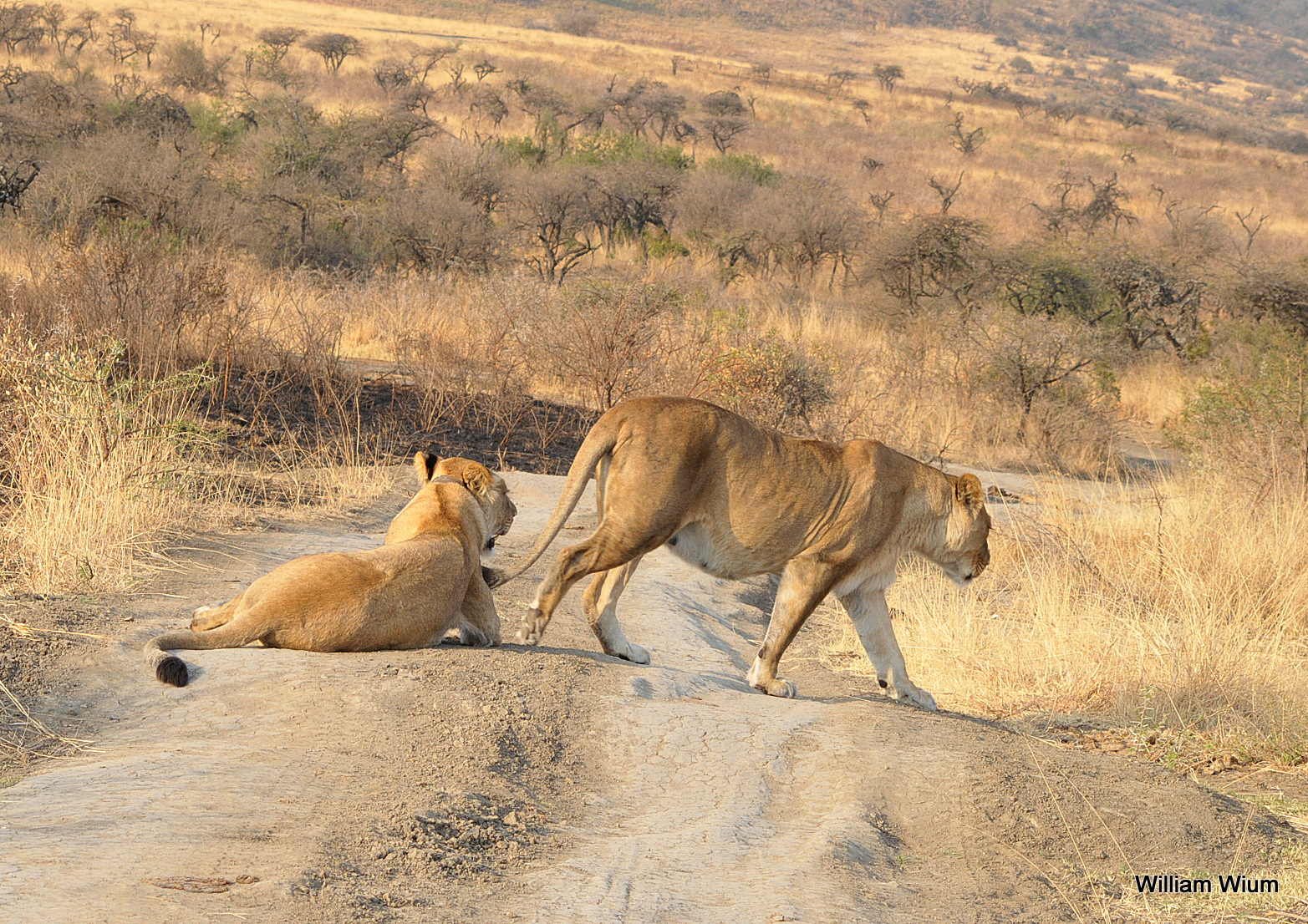 The Pride of Nambiti – Our Own Lion Kings

19 Sep The Pride of Nambiti – Our Own Lion Kings

Posted at 06:23h in Big 5, Blog, The Lion King by Nambiti Game Reserve

The highlight of many a guest’s stay at Nambiti is a sighting of our local lions. These Big 5 beasts are at the top of the food chain, and it’s always exciting to see them as they go about their daily business in their natural habitat.

Like the pride in Disney’s The Lion King, our lion population is also dictated by clear family dynamics. Our Nambiti lions face the same trials and tribulation as any other lion population in the wild. In this article, we’ll tell you about a few of our much-loved Nambiti lions regularly seen by our guests and well-known to our guides.

Let’s start with Tombi, our beautiful, oldest female and the fierce holder of her territory for many years, which loosely runs from the centre of the park through to the northern section. Her territory has grown and shrunk over the years, depending on other lions and the dynamics of the entire population.

Tombi has had a number of litters, with her last being born about three years ago. When she is with cubs, Tombi goes to her familiar den, out of reach from human activity. Around three months after her last cubs were born, she moved them to a site along another part of the Sundays River. Those lucky enough would have had good sightings of the cubs playing around on a rocky outcrop in the area.

Her cubs started growing quickly, but, as happens in the wild, some of them went missing. We are not sure what was responsible, but it could have been other lions, leopard or hyena. That left her with two daughters and one young male cub.

The time came for the cubs to meet the undoubted ‘Kings of Nambiti’ – a coalition of two large male lions that have secured a vast territory for themselves. They are beautiful big lions, but they were not amenable to having their little brother around when they met up with Tombi and her daughters. That happened on the fringe of her territory, and what transpired showed the true nature of Tombi as a mother. Like Sarabi in The Lion King, Tombi will stop at nothing to protect her cubs.

It all happened very quickly – the big males rushed towards Tombi and her cubs while they were trying to seek cover in the long grass. In a moment in time that felt like slow-motion, they managed to separate the little male from his sisters and started their assault. Some people at the sighting thought this was going to be the end for the young male, but that Tombi was not going to let that happen on her watch.

She launched into a full-scale attack on one of the males, jumping on his back and biting him on the head, which distracted them and set them after her as she lured them away from her cub, who successfully got away. From that day on we named him Simba, a name we felt suited him as, like Simba from The Lion King, he was kicked out of his pride far too early. He is still seen on game drives, usually on his own. From time to time, he can be seen with his mother and sisters when the big males are not around.

Just like Simba in The Lion King, our own Simba has been cast out by family from his pride. Time will tell whether – like Simba in the film – he one day returns to fight and take over from the dominant males who kicked him out …

Thank you to Amanda Joubert, Keegan Rice and William Wium for their insights and photographs.